India’s win% may be 84, but here is why they may not be on the right track for the World Cup 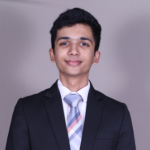 Ever since their unceremonious early exit from the 2021 T20 World Cup, India have been ruthless in the shortest format of the game under the new leadership duo of Rahul Dravid and Rohit Sharma.

The Men in Blue have risen to the top of the ICC rankings after a heavy diet of T20 games in 2022. Prior to the IPL, India had clean swept New Zealand, West Indies, and Sri Lanka at home before drawing with South Africa in a five-match series and later beating Ireland and England in the UK.

India’s upcoming T20I schedule includes five matches against the West Indies in the Caribbean and Miami. They will then travel to the UAE for the Asia Cup before wrapping up their World Cup preparations with six T20Is against Australia and South Africa at home.

The Indian team will have played around 30+ T20I games in the 12 months between the two global tournaments, giving them enough time in the middle to right the wrongs from the UAE. They are, however, preparing for a World Cup in Australia by playing T20I matches in conditions that are vastly different from those encountered in Australia.

Only five of the 30+ matches imitate the conditions that will be seen in Australia later this year – the five games played in England and Ireland, which featured flat, relatively bouncier batting tracks and massive boundaries. It’s similar to a tennis player warming up for a Grand Slam on hard courts by competing in various clay tournaments. Although the sport is the same, the experience is vastly different.

This is not to say that India or the BCCI are to blame. It is clearly the result of the World Cup schedule change caused by the Covid-19 pandemic. This Australia World Cup was scheduled for 2020, two years ago. India began the year with five T20Is in New Zealand and would have faced the hosts in a short T20I series before the competition, providing ample preparation in relevant conditions.

Unfortunately, preparations for the rescheduled World Cup in Australia in 2022 have been vastly different, and this build-up issue in contrasting conditions poses challenges for India (and other teams) ahead of the tournament.

India have formulated their first choice playing XI and squad based on players’ performances in predominantly subcontinent-style conditions. However, for some players, these performances will be challenging to replicate on Australian pitches during the World Cup.

In terms of batting, Ishan Kishan is India’s leading scorer in T20Is this year, with 419 runs at a strike rate of 132. Kishan appears to have cemented his position as the team’s deputy opener behind Rohit and Rahul, but despite his strengths in the shorter format, the left-hander can be easily rattled by short deliveries at a high pace.

On a pitch with some pace and bounce, the left-hander was hit on the head by a Lahiru Kumara bouncer in a T20I against Sri Lanka in Dharamsala in February. South Africa, near the end of their bilateral series, and England, as well, have ruthlessly exploited Kishan’s weakness since then.

Similarly, Shreyas Iyer is India’s second highest T20I scorer in 2022, with 351 runs at a strike rate of 151. The KKR captain appears to have cemented his spot as the backup middle order batter behind Suryakumar Yadav and Virat Kohli. However, like Kishan, most of Iyer’s runs have come in the subcontinent, where his weaknesses against the short ball are mitigated and his strengths against spin are accentuated.

Iyer’s struggles against pace and bounce in India’s most recent series against England demonstrate the importance of conditions to a player’s success. In the Edgbaston Test and T20Is, Iyer clearly struggled against the onslaught of bouncers. Those technical issues did not go away in the Caribbean. They became less pronounced on slower surfaces, a luxury neither Iyer nor Kishan will have if drafted into Australia’s starting XI.

When it comes to the bowling attack, these concerns are similar. Speed and the ability to hit the deck and bowl hard lengths are two of the most important ingredients for success on bouncy Australian pitches structured for batting.

Although India has an incredibly talented pool of T20 seamers, Jasprit Bumrah is the only bowler capable of hitting the deck and bowling at high pace. The other leading contenders for a seat on the plane to Australia rely on skill rather than speed to outwit their batters in the T20 format, which may not be best suited for success Down Under.

Bhuvneshwar Kumar excels in subcontinental conditions or when the ball swings in places such as England. In Australia, however, the veteran pacer will see little movement in the air or on the surface, reducing his potency.

Similarly, Harshal Patel has recently had a lot of success for India in the IPL and on slow T20 pitches in the subcontinent and the UAE, where he can bowl his variety of slower balls. On the other hand, the nature of the decks in Australia may limit his effectiveness.

Bumrah, Harshal, and Bhuvneshwar are currently expected to be India’s first-choice seamers for the World Cup. However, if the Men in Blue are to have the best chance of success, they need another bowler who can consistently bowl at 140+ and hurry batters with pace and bounce.

Avesh Khan, Mohsin Khan, and Prasidh Krishna are all pacers who fit the profile of someone who can succeed in Australian conditions, but none of the four IPL stars appears to be in the immediate pecking order for a World Cup starting spot. Worryingly, with the remainder of India’s pre-World Cup matches being played in subcontinent-style conditions, none of them will get the chance to show what they can do in situations tailored to them.

Following their shocking group stage elimination in the UAE last year, India have done everything possible to prepare for the World Cup in Australia. However, only time will tell whether the less-than-ideal build-up will impact the Men in Blue’s chances of winning the trophy.