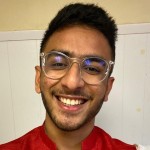 Since becoming their captain in 2013, Rohit Sharma has led the Mumbai Indians to 5 IPL titles.

That is a third of the IPLs in the tournament’s 15-year history, half the IPLs since he became captain, the most among any franchise in the league.

Beyond this stunning record as well, there is a lot that Rohit has done to prove his mettle in 10 seasons as the marshal of the MI troops.

Over the years, he has demonstrated that stability and security are just as important as skills for players to thrive. From Parthiv Patel to Suryakumar Yadav, several players who have shared the MI dressing room with him in the past decade have commended his ability to encourage his teammates.

A story that has been documented widely is that of how Rohit backed Rahul Chahar, who made his debut in the Blue and Gold as a teenager, through his ups as well as downs to become their lead spinner for 3 consecutive seasons. While Ishan Kishan used this example to dwell on this trait of Rohit’s with awe in his “Breakfast with Champions” episode, the 22-year old wrist-spinner himself has praised his former IPL skipper for the unwavering support on numerous occasions.

Looking at such silk-stocking endorsements from teammates as well as those astounding numbers as captain, it might seem ridiculous to propose that Rohit should be let go of. Why would a team wish to release a player whose tenure has seen them grow to become the most successful franchise in T20 cricket? It may sound obnoxious to even think of, let alone suggest. Especially considering that he has only recently been promoted to all-format captaincy for India, it might come across as a sudden end to a prolific reign.

Of course, it is unlikely to actually happen because the economics of the IPL rely not just on the cricket being played, but also the cricketers playing it. And the weight of a name such as Rohit’s, and what it adds to the brand value of the IPL, will not allow it to happen.

However, as harsh as it may seem, it may not be as abrupt as it appears. And it might just be the right thing to do… and the right time to do it. Here’s why–

Rohit is a 35-year old in a squad with an average age of less than 26. Be it Ishan Kishan, who they spent more than ₹15cr on welcoming back to the squad, Tilak Varma, who has been their highest run-getter in only his debut season, or Dewald Brevis, the 19-year old Protean who has impressed one and all with his delightful shotmaking ability, MI’s Class of 2022 is rife with youngsters who are capable of constituting a formidable core in the coming years.

Amidst this wave of exuberance, it is difficult to imagine Rohit sustaining.

And no, this is not a “let him bat freely”-kind-of-argument that dominated the discourse when Virat Kohli used to be the RCB captain. This is more of a “let’s move on”-kind-of-argument for a franchise that has, time and again this season, indicated that it is currently in a “rebuilding” phase with an eye on the future. MI do not need to free up the destructive batter in him by relieving him of captaincy. Instead, they might well benefit from freeing up ₹16cr by releasing him from the squad altogether.

Yes, his limited-overs record in recent years for the national team has been phenomenal. Since 2017, he has scored the second most number of runs in men’s cricket in both ODIs and T20Is. To add to that, no men’s opener has struck at a better pace than his 159.0 in the Powerplay since he became India’s T20I captain last year. Yet, for some reason, he has not had anything other than the odd field day to show for himself in the IPL for years.

His numbers in the MI Blue and Gold over the past few seasons sharply contrast with his output in the national jersey, and with his age unlikely to afford him the opportunity to make up for this lean patch, it no longer seems sustainable for an IPL franchise to expend nearly ⅕ of their financial reserves on him.

Since 2017, the Hitman’s strike rate has crossed 130 in only one season (back in 2018, when he played primarily in the middle-order) and his average has been a meager 25.8. This is more than a 10-run dip in his average compared to his first 4 seasons as MI’s captain. Between 2013 and 2016, he used to face 27.2 balls-per-dismissal. In the last 6 seasons, this has dropped to 20.2. He is also facing more deliveries that do not trouble the scorecards than ever, with his dot % having increased by more than 7 in this duration. This leads to him often playing innings that culminate in self-destruction and wickets at the most inopportune of moments for the team.

For a large part of his MI career, Rohit has shuttled between several positions in the top- and middle-order. However, even if we look at his numbers simply as an opener, this disparity vividly showcases itself. In 17 innings as opener between 2013 and 2016, Rohit averaged 45.2 and struck at 134.3. In the 44 innings as an opener since then, he averages 27.7 and strikes at 127.3, with his average not having crossed 30 in a single season.

There is no merit in pushing him down the order either. Since 2017, he has struck at less than 115.0 against slow left-arm and right-arm leg-spinners in the middle overs, exposing a vulnerability that is easy for oppositions to attack. Moreover, the logjam of younger players such as Brevis and Varma, and established players such as Suryakumar Yadav in the MI middle-order means that he will not be able to find a chain for himself in that link.

For several seasons, his subpar performances as a batter were able to seek refuge in a lineup that boasted of Quinton DeKock, Ishan Kishan, Suryakumar Yadav, Hardik Pandya, and Kieron Pollard, each of whom has had at least one outstanding season with MI between 2017 and 2021. In 2022, however, with the prolific balance that MI once had no longer present and a few key players out of form, Rohit’s dismal batting returns have taken untoward centerstage.

As highlighted already, Rohit has an impressive list of qualities that make him a fitting candidate for captaincy, and an even better leader. However, he may not exactly be the tactical genius behind MI’s resounding success.

The 5-time champions have one of the most well-rounded think tanks in the game, and over the years, they have put together not only a template for squad construction in T20s that has been celebrated worldwide, but also, some of the most first-rate Plan As that you will witness in the format. Among Rohit’s remarkable qualities as a captain has been his ability to let the think tank persevere and make a tangible impact on what happens on the field. As a result, a large part of what we witness before our eyes is not based on instinct. In fact, it has already been planned meticulously.

This was evident in the 4 games that Pollard led MI in in their victorious campaign in 2020, when Rohit was out with injury. Despite the temporary change in guard, MI won 3 out of the 4 games, and rather comfortably. This was partly an outcome of just how balanced and in-form their team was, and partly because of the well-defined Plan As that the think tank had evidently laid out before the game. Their run of success in that campaign was an explicit indication of the fact that they may not really need Rohit in order to stamp together a triumphant season.

Having one of the most complete and balanced squads you will ever see, alongside a usually reliable bowling core of Jasprit Bumrah, Trent Boult/Lasith Malinga, Rahul Chahar, and Krunal Pandya, especially in 2019 and 2020, has certainly helped Rohit as much as Pollard. And this is not to say that Rohit is not tactically sound. Just that he may be no more or less tactically competent than the average captain, and that no matter who leads the team, they would have to execute the same kind of plans and strategies as Rohit.

MI already have capable successors for his role

Much like Rohit now, for years, Kohli was captaining an IPL franchise as well as all 3 formats for India. In Kohli’s case, a release from captaincy was theorized to help him open himself up as a T20 batter, which is not true for Rohit, whose drought of runs seems to be peculiar to the IPL.

However, for all those years, the lack of a sustainable alternative to Kohli was the primary reason why any and all shouts to replace him as captain used to fall flat. But that is not the case with MI. They do not need to enter an auction or strike a trade deal for a new captain. They already have more than one competent replacement for Rohit within their ranks.

For one, there is a 28-year old Bumrah, who has been MI’s destructor-in-chief for many years. He has, in many ways, been the leader of MI’s bowling attack for the past few seasons, and many of his bowling partners, be it Trent Boult or more recently, Daniel Sams, have lauded his calmness and supportive nature. There, he already ticks one of the boxes that made Rohit a fitting candidate for MI’s captaincy. And if his presence of mind as a bowler is any indication, he would be just as capable of chalking out and executing Plan As with the think tank and also controlling the game with his instincts.

The pressure of IPL captaincy, however, may not be ideal for the bowler, who has had to do a bulk of the heavy lifting this season for MI in the absence of a Class of 2021-like bowling unit. And his workload across the 3 formats for India may just elevate the pressure of being an IPL captain further.

Suryakumar Yadav is an effective option, though.

At 31, he has the right balance of experience and age to sustain in the captain’s role for at least the near future. And just like Rohit and Bumrah, he has demonstrated immense composure as well as competence for this role in plenty of ways. Besides his demeanor in press conferences, encouraging nature towards his teammates, and his unwavering loyalty to the brand and culture of MI, he has also been MI’s highest run-scorer since his return to the franchise in 2018, and the 6th highest run-getter in the league in this period. This year too, he has shouldered the responsibility of a brittle middle-order, scoring 300+ runs in only 8 outings in what has been a forgettable season for MI in most other aspects.

Rohit has served MI well and hard over the last decade. And in the last 6 months, he has shown remarkable promise as the captain of Team India for the same reasons that made him the perfect fit for the role at MI. However, with two back-to-back group stage exits in sight for MI, his dwindling returns with the bat, and age not supporting longevity in the 35-year old’s career, there may never come a time as ripe as now for MI to look beyond Rohit.

When they do decide to look past him, they will not have much to worry about… for just as he bows out, he will surely have a worthy heir bowing down and accepting the captainship, with arms gratefully folded.